From the Vine - This is a clear ritual killing by the vortex numerology. It is a 811 designated sacrifice for another satanic blessing. HQ-Trivia (88 and 11). Reports are indicating dead at 34 and 35. This is by design as it is a Jesuit message that this is a TRUMP (7) Wildcard while the 35 (8) is a clear death by numbers as I have ID'd in many killings of Hollywood - Holyrood  ritual killing. Those like Prince, Seymour Hoffman,  Robin Williams and too many more to mention.

Based on the vortex numerology and date of death the rule of 78 is interesting. It carries both positive and negative indicators which plays into my theory that 2019 will be the most volatile and transitioning year since 911 2001. This is the 18th year since 911 and 811 is a repeating cycle using the three vector vortex of 258 and 147.

Also his death occurs on the first day of the Jesuit satanist  Pagan Saturnalia, a ritual sacrificial gift to Satan and a feast of blood. Saturn and sun for Lucifer the bringer of light. Our XMAS holiday is only a cover for the Roman Crypto Joo and Jesuit celebration of their god.  Christ was killed by the hands of this chymical wedding of the Joo-joo-bees.  From December 17-23, the high days of these hellions is very active.  Colin was murdered likely at midnight on the 16th. Pumped with drugs or worse.

This HQ  and OD reference is important. HQ and OD are both 7 and this is a Trump designation and includes the 4 which was Obama's designated number.

As we watched the fake stock market drops of  numeric significance, the reality is the liberation, and time of Saturnalian importance. We are at the turning point of a new 8 year cycle and Jan 1 2019 beins the 11 year period to the 2030 Agenda goals. This will in my data begin with a bang for the new year.  Colin Kroll is another of the pagan sacrifices for what will be a major year of debauchery and according to my information a year to invoke 811 as another 911 event year. I expect no information as to what really happened to Colin Kroll but the usual rich kid on drugs. The KROLL reference to KROLL ASSOCIATES? Another of many clues to the next False Flag we can expect from the Joo-suits Freemasonic Military Kabbalists for 2019.

CLIMATE CRIMINALS: The Sum Of All Fears

China and Russia have modified the atmosphere above Europe to test possible military application, scientists say


Countermeasures to US HAARP and Chemtrails!  China and Russia have modified the atmosphere above Europe to test possible military application, scientists say http://www.newsweek.com/china-russia-modified-atmosphere-europe-military-application-1262349


Five experiments were conducted in June, and one of them created a physical disturbance over an area as large as 49,000 square miles, or roughly half the size of Britain, The South China Morning Post reported Monday. The heating experiment, which took place 310 miles over the small Russian town of Vasilsursk in Eastern Europe, generated an electric spike that contained 10 times “more negatively charged subatomic particles than surrounding regions,” the publication noted.

In a separate experiment at the time, the temperature of thin, ionized gas in high altitude rose up to 212 F due to a particle flow. The electrons were pushed into the sky by an atmospheric heating facility in the Eastern European town, which was created by the former Soviet Union during the Cold War years. After the facility ignited a host of high-power antennas to introduce a considerable amount of microwaves into the high atmosphere—which reached 260 megawatts, the necessary amount of power to light a small city—the Chinese electromagnetic surveillance satellite named Zhangheng-1 gathered data with state-of-the-art sensors, the Post added.


The use of such practices over the ionosphere has raised concerns among critics. They argued that these tests could affect the operation of human brains or spur weather changes and natural disasters (even late Venezuelan President Hugo Chávez once said that the U.S. used this technology to cause the 2010 Haiti earthquake) but others dismiss these claims as mere conspiracy theories. Faculty members at the University of Alaska Fairbanks have noted the amount of information that debunks any myths surrounding the experiment.


Well we have been reporting on the EISCAT and HAARP ionospheric heating facilities for a decade to replies of tin-foil conspiracy. Now the weaponization data has arrived and we have realized the sum of all our fears.

The Climate Change to most people is weather but to the global technocracy and Mafia cabal, climate change is depopulation and the Agenda 21 goals on the UNCCCC and wildlands /wetland project to migrate and mitigate populations in a slow kill program to eliminate and move masses into SMART grid slum cities and slaughters via force majeure's which is nothing more than a UN based sustainability pogrom. You are target of change and climate is merely the environment of mental and physical health.Your environment will be changing and it will be frequent and deadly. 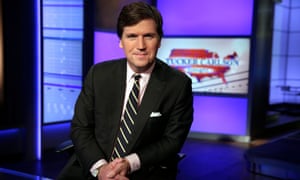 
BEWARE THE EPISCOPALIANS!
Tucker Carlson, the Jesuit trained replacement for Bill O'Reilly was as directed by the Rome Club Jesuit Order.  He would replace one of many when the cabal media and combine went into action at Fox News.  Tucker, the trained actor is somewhat mystery but that's the M.O. for high placed Bonesmen and other deep state SPECTRE agents for the global mafia NWO committee.

Yes Tucker is an actor. His outrage and rhetoric merely a role in the machine of the lefty righty theatrre in political puditland. Look at his bio from IMDB and Wikipedia and see the Catholic trained son of insider came to be in the prime-time 666 FOX News slot replacing Bill "O" for reasons we know now.

I like Michael Savage believe Andrew Breitbart was whacked after the dinner Tucker invited him to with the Satanist Bill Ayers and Bernadine Dohrn. It was poison or electromagnetic death by heart failure, a weapon that has been refined since the Church Committee hearings of the mid seventies.

Savage does not indict Carlson as a conspirator but I do. Tucker was born in San Francisco and then went to school in Connecticut. Funny that both main HQ's for the Church of Satan reside. Tuckers career swiftly moving from actor to political pundit with stints at CNN, MSNBC and now FOX.

Son of former American journalist and U.S. Ambassador (1991-1992) to the Seychelles Dick Carlson.

I love the Seychelle,s full of secrets lake Diego Garcia and this was where the Korkki sisters were murdered.
Tucker has never confessed to any conspiracy theory but was guested on Jesuit Alex Jones program as a preamble to his Fox Position. The Jesuits are a crafty bunch and this rise of TC';s star is well timed for Trump Theatre and 2019, a year we will all remember like 2001.

In what is shaping up to be one of the lowest weeks of his presidency with the departure of the chief of staff, John Kelly, reportedly imminent, a week-long funeral for George HW Bush that put his leadership style into stark contrast with his predecessors, and the findings on Michael Cohen and Paul Manafort from special counsel Robert Mueller set to drop, Donald Trump may have just suffered the type of blow he can least afford: someone on Fox News has called him lazy and stupid.


Of course Tucker is right, Even I like some of his views. But what is so obvious is the Jesuit Lefty-Righty theatre and how the singularity of the Jesuit game works. Just like General Sun Tzu, the game is one of real  collusion and the likes of Trump, Carlson, and other Jesuits in Congress and Media, they are all working in a singularity and their party politics and hatred is all a staged act and as phony as the Antifa staging at Tuckers homein November.  Who believes this crap anymore. It is so sad to see the grunion run on these so obvious of fake news and staged photo ops.

Wolves in sheep clothing, Roosters in the Fox house, liars on the Hill and the planned exit of the Kelly's, Haley.s and Sessions are all part of a well scripted barn burner for 2019. It is a bit exciting waiting for the next episode. I find myself somewhat anticipating Trumps final demise and how the Zebranomics and Climate will change after the new year. But ultimately I know the ending but still find it fun to predict the events coming next year. All the world countries controlled by the Vatican Assassins and Rome Club SPECTRE group. This committee of 300 or more have finally taken complete control of the globe and their arrogant stink is palpable and Tucker's sworn enemy is lying, pomposity, smugness and groupthink. Unless it it theirs.