VIDEO REPORT: US Diplomats Involved in Trafficking of Human Blood and Pathogens for Secret Military Program


In her latest investigation, we learn about the Pentagon’s biolaboratory in the Republic of Georgia’s capital Tbilisi, and the diplomatic cover provided to traffick in “human blood and pathogens for a secret military program.”


It follows the nine eleven vortex for the Pandemic, epidemic and false flag extravaganza slated for 2019. It may be the most exciting year of the Millennium since 2001 and 2010 to 2019 completes the cycle. Incrementally the third year for 811 was 2004 and the flu and anthrax staged events were interesting. What has been also quite interesting is the recent closing of the Solar Observatory and local post office *tunnel undergroiind bunker" in New Mexico and the recent Novichok event with the Syrian Chemical attacks staged by the covert ISIS white helmets and aided by UN and associated NATO Gladio operatives..

Timing is perfect for the release of the Kracken in a biological threat which will likely be chemical event to cover a biological viral agenda. The everything vaccination scenario will be at play I predict. This is not your mothers  ricin,, anthrax or pneumonic plague and not the ones that the U.S. created and used in Africa including HIV Aids, Ebola and Lassa Fever but better and more specific genome targeted killers.

Resurrection and refinement is the ticket for new and better bacteria and viruses and more creative vectors, their hosts and staged releases under the cover of geo-chemtrails and volcanic ash releases or the controlled war on terror narratives of state actors such as Russia, North Korea and Iran.

As Russians were expelled from the EU after the Novichok fraud, you must wonder why the US Military were welcomed in Africa after the Ebola outbreak. Africom is just another method of invading and then controlling a foreign sovereign nation as they did post 911 in Afghanistan and Iraq.

In the NWO dialectic, the triad always offers multiple opportunities and profit in theft, redistribution of wealth and power grab or regime change. The deep state has had more problems with Syria than previous WMD coups because Assad has not attacked the U.S. As weary as we are with the false flag it will never go away and therefore we should be prepared for this before they make their move for Syria, Iran and Russia.

The leaders are all corrupt and know the game. African leaders as well. It's possible Gaddafi was the last one to realize he was not in the loop. When he pronounced "this is not supposed to happen" before his death and  I took notice. Sometimes the SPECTRE team goes off script. When the stakes are high enough the ante is always thousands and millions of lives.

2019 fits the year for another 911. This time, the Agenda 21 goals have got to be considered. All the Trump Theatre cannot cover up the real news and clues to a pandemic, biological attack or black swan coming from the Masters of the Human Domain.


"The accusations you outlined are totally absurd and likely an invention of the fanciful Russian disinformation campaign against the west," Defense Department spokesperson Eric Pahon said on Friday. "The United States is not developing biological weapons in the Lugar Center. These are also not US facilities."
Earlier this week, former Georgian State Security Minister Igor Giorgadze said during a press-conference in Moscow that he has reports about deaths that could be the result of vaccine tests in the US-funded laboratory known as the Lugar Center.

Giorgadze said he had received documents revealing the laboratory could be running experiments related to Hepatitis Type C. The documents reveal that 30 people had died in December 2015 and 43 more in April and August of 2016, and the probable cause of death could be the use of medicine, Giorgadze added.

READ MORE: US Lab in Georgia May Have Engaged in Lethal Experiments on People


There are many new MSM predictive programming transmissions coming from the Googleplex regarding all the chemical and biological possible scenarios. This algorithm tells me we are in for an exciting climate change year in 2019. It may be triggered by another Ft. Detrick or UK false flag.

We will wonder who will be the 'actor' state or lone wolf to play the Patsy for NWO spinsters and Agenda 21 narrators. Trump Theatre isn't able to deflect the  clues to a Luciferian Lord of the Flies event. I give it a near 100% chance of this event post midterms to the 3 year and 9 cycle that is 2019. So the date will be subject to vortex rules which would be November to April. I would not be surprised with a Hollows Eve chemical or poisoning before this event.
:ocations are always clued to other events and I pick some obvious targets like Ukraine, Geogia, Belarus, Syria and vectors to include UK and USA through the flying economy and refugee programs. Information still indicates the midnight flights are coming into midwest hubs.

If this holds true to the cycle we could see a high profile assassination and sacrifice before the event. Matbe Hollywood or Holyrood. This could be the lingering McCain from the grave. As for the Kavanaugh (11) Scam, I said he would not be seated on the SOTUS bench but that the Jesuit Amy Coney Barrett who the vortex and I believe was the real anointed pick by the Joo-joo-bee committee. We will see but there is no doubt this whole Kavanaugh Caper is all theater and planned. This is the "Hook" in a Triad that sheeple just cannot grok. The phony narrative is obvious and I'd stake my horse on the fact this party never existed. They want you to know this is a political hatchet job, with all the trimmings to divide and deflect the real world climate change coming very soon.

Mike Pompeo: If chemical weapons used in Syria, US will 'go to the ...Washington Examiner

US Lab in Georgia at Center of Storm Over Biological Warfare Claims ...

Oct 15, 2013 - The laboratory, formally known as the Richard G. Lugar Center for Public Health Research, became the target of a renewed attack by Russian ...

Can you say Novichok? Can you say Spirit Cooking?   Can you name the dish  and the chefs?

Never forget Malaysia 370. It was all biological as was MH-17! 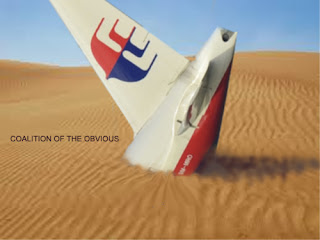