ISIS is a Gas, Baby can you dig it? 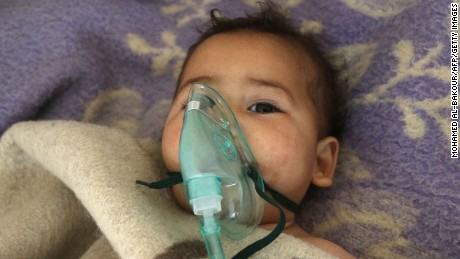 Two Years Ago: How the Syrian Chemical Weapons Videos Were Staged


August 21, 2013: Obama’s insidious and criminal objective in August 2013 was to use these attacks with a view to justifying a humanitarian war against Syria.

In the wake of the Syrian chemical weapons attack, shocking footage of the victims of that attack were widely circulated in an effort to raise the ire of the public and spur support for military intervention.

Now, a new report on that footage finds troubling inconsistencies and manipulation with the video that calls the official narrative of the attack and its victims into question.


Just like this attack, the same place was hit with the staged Sarin attack once again. Also like the 2013 fake false flag, John McCain had just returned from a secret meeting.

A spokeswoman for McCain later confirmed the trip in a statement to The Hill.

“Senator McCain traveled to northern Syria last week to visit U.S. forces deployed there and to discuss the counter-ISIL campaign and ongoing operations to retake Raqqa,” the spokeswoman said, using an alternate acronym for the Islamic State in Iraq and Syria (ISIS).

“Senator McCain’s visit was a valuable opportunity to assess dynamic conditions on the ground in Syria and Iraq. President Trump has rightly ordered a review of the U.S. strategy and plans to defeat ISIL.”


Defeat ISIS? McCain is ISIS and this is crISIS - I$I$, the defense money pit and NWO Jesuit Joo real estate grab.  The Manchurion Candidate, McCain is always present just before one of these Ghouta ghoulish and grim fairy tales take place.

Now you have all the Congressional Joos and the Trump Jesuit coadjutor and fake president turning his sights to Assad and kowtowing to the cabinet of Bush cronies.  Pence, Tillerson and that witch Nikki Haley, the UN NWO slimeball were on their marks.


Nikki Haley Says U.S. May ‘Take Our Own Action’ on Syrian Chemical Attack


UNITED NATIONS — Holding photographs of dead Syrian children aftera chemical bomb attack, the United States ambassador to the United Nations warned on Wednesday that her country might take unilateral action if the Security Council failed to respond to the latest atrocity in the Syria war.


"(Syrian President) Bashar Assad and his friends, the Russians, take note of what Americans say," the Arizona Republican told CNN's Alisyn Camerota on "New Day." "I'm sure they took note of what our Secretary of State (Rex Tillerson) said just the other day that the Syrian people would be determining their own future themselves -- one of the more incredible statements I've ever heard."


The Syrian people have already spoken. Only the Gladio al-Qaeda and ISIS mercenaries have yet to speak. We know McCain's stance on the failing NWO and the need for another world war, but what will the Jesuit Prez do?  I think its clear by now that the remaining hundred days are going to see a full reversal just like Obama did after his first hundred days.  If the Sarin Hoax doesn't work then I expect the Russian false flag gas attack here or at least another Russian Chechen  Boston Bombing (powder keg)


When you realize how sloppy, sadistic, arrogant and insane these people are, you must see how precarious our situation is.  This is the same recipe of Iraq, Afghanistan, Libya and Somalia. Watching Syria fall and then Yemen and the Congo etc, etc, etc, The technique is the same. You take out the stable leader, create chaos and murder/mayhem, send the refugees west and place a puppet regime to rape and plunder for the bankers.  A triad which never wastes any opportunity to depopulate, migrate and redistribute wealth up the Military Industrial Corporate Complex.


Why the Syrian Gas Attack Is Probably Fake | The Occidental Observer


After the obvious that Assad would have to be the most stupid man to walk the earth after the US stating regime change was no longer on the agenda, to gas his people you have to begin to come to my way of the thinking that Putin, Trump and the NWO are joined tightly at the hip and the fake conflict is all show. There are no other possible conclusions.

When the pictures show people without masks and HazMat protection you know it's not Sarin Gas but instead a diluted Mace or some other mellow grazin' in the gas. Was the whole thing a Russian, Syrian attack of an ISIS, McCain chemical plant manufacturing location?  That could be possible.  If Russia doesn't expose this fraud quickly you should have your answer. My first instinct is a White Helmet Jesuit hoax. The Jesuit friends of distinction have a goal. Kill Christians in Syria and then everywhere else.