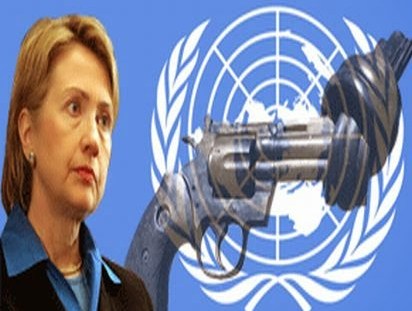 Gunfire erupted at a nightclub hosting a swimsuit-themed party for teens in Florida, leaving two dead and at least 17 wounded, officials said Monday. [19]

It was not immediately clear what triggered the violence. Fort Myers police detained three people [3] and said the area around Club Blu had been deemed safe, police Capt. Jim Mulligan said in a statement.

"While we are still learning the details about what happened this morning, we know that some of the victims of this terrible incident were children," Gov. Rick Scott said in a statement. "We will continue to pray for the victims and their families."

Three people remained hospitalized Monday morning, Cheryl Garn, a spokeswoman for Lee Memorial Health System, said in an email. All others were treated and released. Two people brought to two other area hospitals were also treated and released, Garn said.

The club is in a strip mall that includes a daycare center and is across the street from a large apartment complex. Officers had the area taped off as crime scene technicians scoured the strip mall parking lot for clues.

State records online show the alcohol license for Club Blu was revoked on June 7. The records from the Department of Business and Professional Regulation say the license was revoked because of an incident that occurred a year ago, but there are no additional details available. The same records also show that a complaint was filed in 2014 for "criminal activity" and that the club was given an official notice.

In a statement, authorities said the Fort Myers police and the Lee County Sheriff's Office were "actively canvassing the area looking for other persons who may be involved in this incident."

The names of the victims were not immediately available.

Syreeta Gary told WFTX-TV her daughter ran and dodged between shots to avoid being shot. Her daughter was OK, but her daughter's friend "got hit in the leg and luckily it's just her leg," she said.

"Her dodging bullets and running, dropping in between cars, it's ridiculous that these kids have to go through this," Gary said. "They can't enjoy themselves because you have other people that have criminalistic minds and they just want to terrorize things."

A post on Club Blu's Facebook page Monday morning said the shooting happened as the club was closing and parents were picking up their children. The post also said there was armed security at the event.

"We are deeply sorry for all involved," the post read. "We tried to give teens what we thought was a safe place to have a good time."

The shooting comes more than a month after a nightclub shooting in Orlando that was the deadliest shooting in modern U.S. history. The shooting at the Pulse nightclub on June 12 left 49 victims dead and 53 others wounded.

This story has been corrected to show the hospital spokeswoman's first name is Cheryl, not Cherly.

Here's a no-brainer. As Debbie Wasserman exits the Joo-joo-bee convention we have a key state hoax in Florida. Debbie's turf.  Obama & Co. has Eric Holder fingerprints and the same MO and other hoaxes. Timing is perfect for Hillary fodder at her Bernie unity event. You can't make this stuff up. Oh wait, yes you can!

BREAKING: That Was Fast! Hillary Immediately Brings Disgraced DNC Chair Onto Her Campaign!

BREAKING: That Was Fast! Hillary Immediately Brings Disgraced DNC Chair Onto Her Campaign! 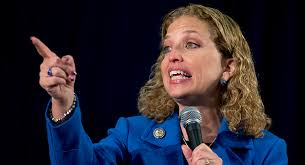