Let's hear it for the Nationals!  (Globalists) The Joo-Joo-Bees are back to work.

This is as phony as Trumps Christianity.  Watching the Hollywood and Lame Stream nonsense from the anti-Trump movement has been really sickening. It really peaked over the latest 811 event today at the GOP baseball practice. Yes a practice just like the hoax itself is just a practice for the World Series of Bullshit coming our way by Trump & Co.

Gabby Giffords to get ship named for her — joining Martha Washington

On January 8, 2011, U.S. Representative Gabrielle Giffords and eighteen others were shot during a constituent meeting held in a supermarket parking lot in Casas Adobes, Arizona, in the Tucson metro area.

Remember this 811 event (18 others on 1/8/11) and the hoax staging using J. L. Loughner, a friend of Giffords? No she was never shot and the rest is history. Crisis actors playing nurses and the whole charade exposed.

Well, it appears the good ship HOAX  was just christened today at the GOP baseball practice. Happy Birthday Trump, you low life con-artist. This must just fit with the staged left assaults on your way to gun control.  Just 7 days before summer and on your birthday no less. Don't forget to blow out the candles, all 71 of them.

So Mr. MK Hodgkinson, are you related to Kathy Griffin? James T. Hodgkinson of Belleville, Illinois makes me think they are part of the Chicago Crime Syndicate. The typical Joo-joo-bee center for false flags. So let's go from homeplate to first.

Yeah, perfect. Like I said, you knew it was coming after the Julius Caesar event and Kathy, the kook Griffin's little show, it was primetime for a completely ridiculous  staged event.  Remember folks you can't get to second base without rounding first.  Therefore they need to backdoor the gun control 2nd amendment until they kill the 1st Amendment. They also know by killing the first, the rage will bring the second amendment to a head when real freedom lovers really take it to them.

We know that Trump hasn't done a single thing to have so many high profile haters come to the forefront like Snoop and Kathy but it sure makes for good comedy and tragedy, but here only the comedy is real. The vortex never fails as this marks the Gabby Giffords in 666 from the date of her performance, 6 years, 6 months and 6 days ago. And add the Stooge John T. at 66 years old and the 33 and you have the 811  and 911 vortex complete.

Two others were shot, Zack Barth, a staffer for Rep. Roger Williams of Texas and a former staffer turned lobbyist, Matt Mika. The victims are all expected to survive, but Mika was the most seriously injured and was in critical condition Wednesday afternoon. Scalise was also in critical condition and had underwent surgery.

Two Congressmen, Rep. Jeff Duncan and Rep. Ron DeSantis, described an encounter with a man who asked them if those practicing were “Republicans or Democrats” before the shooting. DeSantis, when shown a photo of Hodgkinson, confirmed he was the man who approached him, CNBC reports

I got news for you John T, it doesn't matter .

The shootout with police started at 7:14 a.m., the FBI says.

A 639 event always involves a human trigger versus a 369 event is a disaster event not by human cause and a 963 or 936 is a black swan by the covert unseen deep state 9.

How many of these triggers have we seen camping at the YMCA, a known MK-Ultra and Handler haven for mind control stooges.

On March 22 he wrote, “Trump is a Traitor. Trump Has Destroyed Our Democracy. It’s Time to Destroy Trump & Co.”

It's a good place to start. Please note the SKULL & BONES 322 on March 22 his contrived facebook account was on cue. Too bad Trump had not been in office long enough to destroy anything or create anything but the divide and conquer for our coming collapse.  He along with loving Bernie Sanders was a fan of John Kerry one of our favorite Bonesmen.

He owned a company, JTH Inspections, also called JTH Construction, which he opened in 1976. 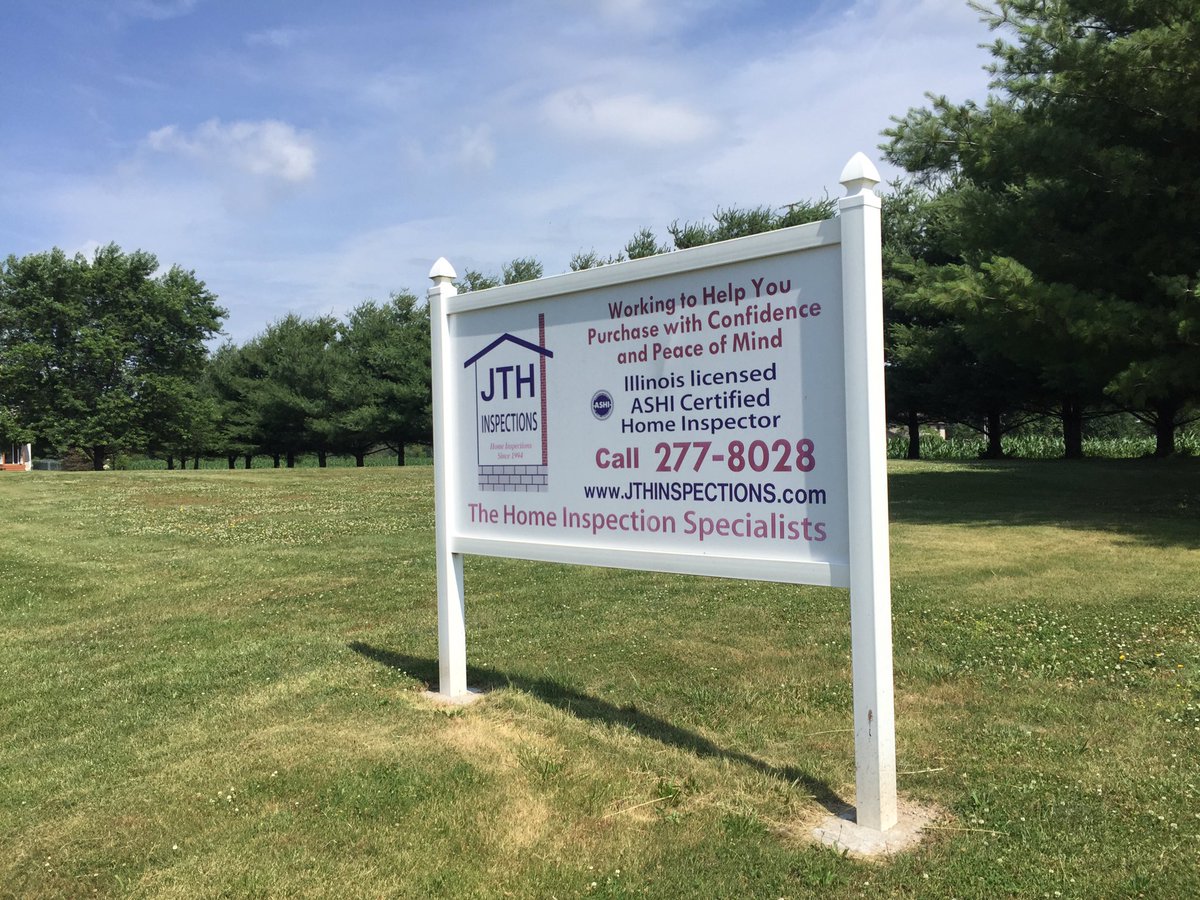 It's a perfect dossier they built here. Like others the trigger is always an unassuming, nice, happy guy. The kind of folks they want to disarm. The meme is that a gun in anybody's hand is a terrorist in waiting. Making him out to be a "nice guy" who was passionate is really well thought out. It will drive the GOP mind control sheep crazy to see the MSMS downplay this neo-liberal democratic socialist as a nice guy who just got a little too passionate. Had the target been a DEM the shoe would not have fit on the conservative trigger man.

Just four days before the shooting, Sanders delivered an anti-Republican speech in Illinois. Heavy was there, and you can watch part of that below:

Hodgkinson wrote several letters to the local newspaper, which you can see above and read here.

And he was interviewed by a local news station at an “Occupy” protest a few years ago:

As I posted years ago, the OCCU-PI /_\ movement was a perfect casting call for crisis actors and mind-control stooges and this patsy seemed to make the rounds at more than a few casting calls.

He appears to have that dark side in the information which makes him a candidate for mind control. Bi-Polar or medicated (off meds)

Hodgkinson and his wife had several foster children, including one, Wanda Ashley Stock, who killed herself in 1996 at the age of 17 by dousing herself with gasoline and setting herself on fire inside a car, the Belleville News-Democrat reports. She had lived with the family for a few months, the newspaper reports.

According to the Belleville News-Democrat, his record also included charges for failing to obtain electrical permits, damaging a motor vehicle, resisting a police officer, eluding police, critical damage to property, driving under the influence and traffic offenses.

Most of those charges were violations or petty offenses. Other than the battery charge, the most serious he faced was in 1993, when he was charged with DUI, fleeing/attempt to elude police and resisting/obstructing a peace officer, class A & B misdemeanors. The case was dismissed after a period of supervision.

Signs of government or gangstalking are possible. Efforts to stress this guy are easy after a history of financial setbacks, driving privileges and court costs, attorney costs etc.

According to police, Hodgkinson was found with a weapon and a valid Illinois firearms license. The officers told Hodgkinson not to fire his weapon near his home because other residences were nearby. He was not arrested in that incident.

His neighbor, William Schaumleffel, who called police, told The Daily Beast, that Hodgkinson was firing in pine trees.

Perfect for the script.

4. He Didn’t Renew His Business License, Moved to Virginia a Few Months Ago & Was Spotted at the YMCA Several Times Near the Baseball Field

So what happened to his wife?  The YMCA is a dead giveaway.

An Alexandria resident and attorney, Stephen Brennwald, told the Washington Post he had seen Hodgkinson hanging out often over the past several weeks in the lobby of the YMCA near the baseball field where the shooting occurred. He would come to the YMCA first thing in the morning, take out his laptop or stare out of the window, the Post reports.

“He never worked out. He never talked to anybody. He never did anything,” Brennwald told the newspaper. “He’d just sit there and stare at his laptop. It didn’t seem right, but I figured maybe he’s a law enforcement guy monitoring something. He had this kind of faraway stare.”

An Alexandria resident and attorney, Stephen Brennwald, told the Washington Post he had seen Hodgkinson hanging out often over the past several weeks in the lobby of the YMCA near the baseball field where the shooting occurred. He would come to the YMCA first thing in the morning, take out his laptop or stare out of the window, the Post reports.

“He never worked out. He never talked to anybody. He never did anything,” Brennwald told the newspaper. “He’d just sit there and stare at his laptop. It didn’t seem right, but I figured maybe he’s a law enforcement guy monitoring something. He had this kind of faraway stare.”

Wow, can you see the script?  You even have a Mayor ex from CIA haven Alexandria dealing with this trigger. This is good stuff.

According to the Daily Mail, Hodgkinson also used a P.O. box in Alexandria and frequented a barbecue restaurant, Pork Barrel BBQ. Bartenders there said he came in and had a few drinks, Budweisers, alone, watching sports or staring out as if day-dreaming.

“He definitely creeped out all our female bartenders,” Jamie Craig, a bartender at the restaurant, told the Daily Mail. :I tried to shy away from him… just a feeling, he gave me a weird, odd vibe. He would always have one or two and leave. He did seem to be staring a lot out the windows.”

He didn’t talk politics there, she said.

Eurille, the former Alexandria mayor, told the Daily Mail that the YMCA manager said Hodgkinson showered there about 7 a.m., not long before the shooting

7 AM? Do you take a shower at 7:00 AM and then start shooting at 7:12 AM?  Would you even shower at all when going to kill people  and likely be shot? Please, let's rewrite this part.

5. The Shooter, Armed With a Rifle, Began Firing From Behind Third Base as Congressmen Were on the Field Practicing

Sorry this story will never get to third base with COTO. Not going to happen.

Can you see the S.S. (Steve Scalise) coming? Warship Gabby Giffords is ready to start killing innocent people. Trump appears to be building his own Armada. Like the conman he is he has even a better shtick than Obama and his pre-written speech that came minutes after the shooting was really good.  The script was obvious and staged, a bit too good and anyone can see the scam.

Terry McCauliffe and the DC Gun Battle rages on, but we know what is really going on. As we watch America crumbling before our eyes, we still have to watch the same old Sandy Hoaxes and fake news narratives play out. What really sickens me is listening to the Alternative media promoting these as real events.

All the footage looks contrived, the particulars are too obvious, the connection to Gabby Giffords too easy to see and the timing too convenient to be believed. Don't buy it. Rand Paul, the sellout saw it all.